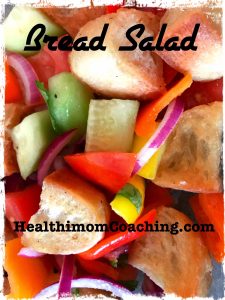 This deliciously simple recipe has a fancier name — but I just like to call it “Bread Salad.”  After all, it’s a salad that has bread in it.  And did I mention that it was DELICIOUS?!?  Seriously, so good! 😋

Another great thing about this recipe is that it doesn’t take too long to put together … especially if you get the kids to help you stir the croutons and chop the vegetables.  (If you have kids old enough to handle a sharp knife, that is! 🔪 Or, to be around a hot stove. 🔥  If not, then don’t worry.  It’s worth a few extra minutes to keep your kids safe.)

I don’t like to go on and on about my recipes … I just like to cut right to the chase!  But, I will tell you this:  If you are growing a vegetable garden at all this year, you NEED to give this recipe a try!  So many fresh garden vegetables can go into it. 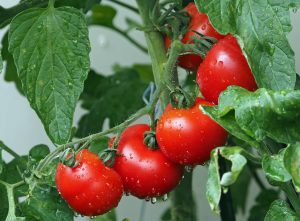 Garden tomatoes are so good in this recipe.

You can use any size and any color.  If you decide to use cherry or grape tomatoes, then you’ll only need to cut them in half.  Otherwise, cut your tomatoes into nice, big chunks and remove the seeds. 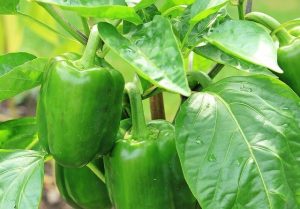 Garden-fresh peppers are yummy, too.

As with the tomatoes, you can use any size and any color of bell pepper here.  Just make sure to cut them into big chunks — that is the fun of this salad.

In addition to all the delicious veggies that you’ll add … the most delectable part of this salad might be the homemade croutons that you’ll make out of a baguette.  Yum. Just YUM. 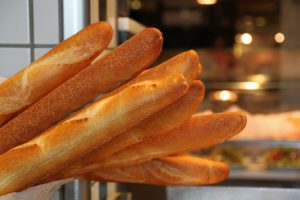 A fresh baguette is perfect for homemade croutons.

Heat the oil in a cast-iron skillet (or your favorite skillet) over medium heat.  Add the salt and stir.  Now add the bread cubes and stir frequently — turning over the bread cubes once in a while, as best you can.  Cook for about 10 minutes, adding a touch more oil as necessary, until the croutons are golden brown and nice & toasty. Feel free to taste a crouton at this point … but I warn you:  It’ll be hard to stop!

In between stirrings of the croutons, you can begin to cut the veggies….

Optional Items (this is where you can get creative).  I have sometimes added any of the following:

Combine all of the cubed/chopped veggies together in a very large salad bowl.  Toss with a little vinaigrette at a time until you get it just the way you like it.  (Taste as you go.)  When it’s perfect, then toss in the croutons.  (I like to add the croutons later, after the salad dressing, so that they don’t absorb all the dressing at first.)

[Serves about 12, as a side dish.  If you’re serving a smaller group then adjust the amount of veggies and bread accordingly.  It’s a very forgiving recipe!]

PS — If you like to find new and delicious recipes to feed your family, then check out my Healthimom’s Cookbook:  A Recipe Bonanza of Tried and True Favorites.  (Scroll down the page to view it.)

“Here’s to the crazy moms.

The non-conformists. The renegades. The mavericks. The ones who see things through different-colored glasses. You may not agree with them, but you have to respect them.

They have each other’s backs. They rule the cradle and rock the world. They didn’t invent motherhood; they just made it better.” 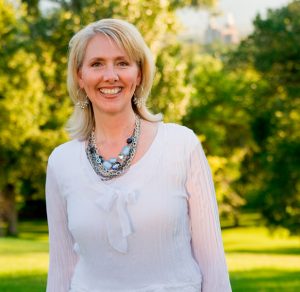 Learn About Our 10-Day Bootcamp

SYSTEMS that help you GET OUT of being OVERWHELMED 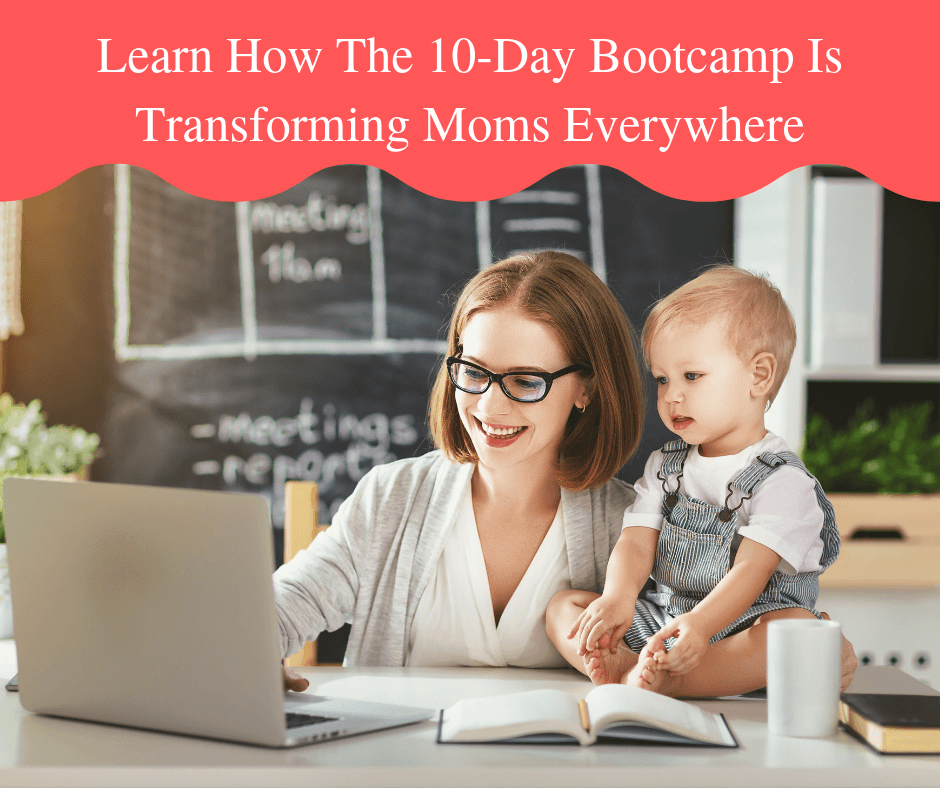